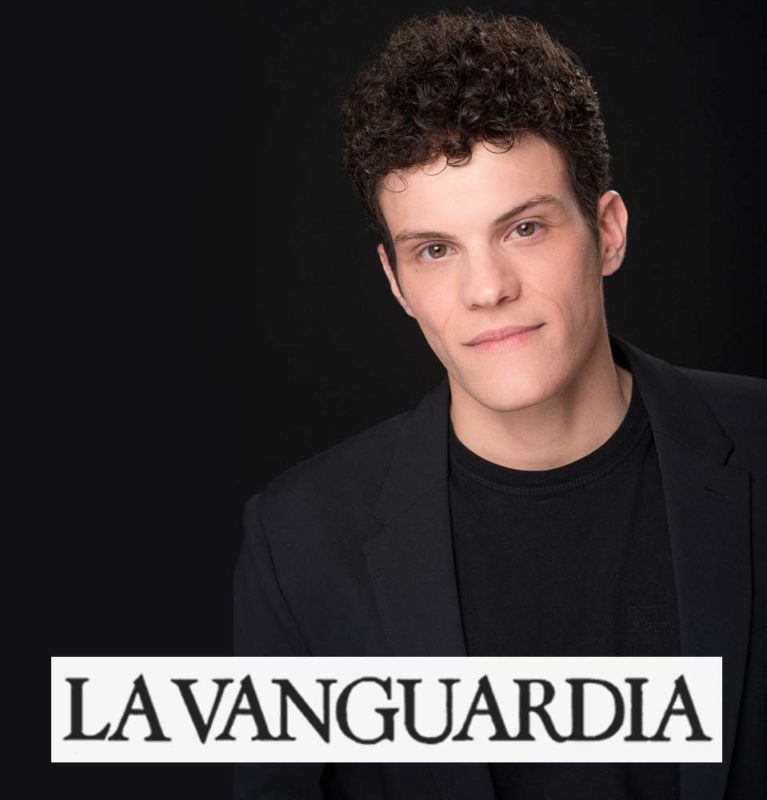 Culture in Spain, before the dawn of a new crisis due to the coronavirus

Santa Cruz de Tenerife, Mar 22 (EFE) .- The 2008 financial crisis left the Spanish cultural sector on the brink of the abyss. After five years of deep recession, reports began to corroborate the slow recovery of a still precarious sector; For this reason, actors, directors and artists in general now fear that the crisis unleashed by the coronavirus will hit them again with extreme hardness.

“In crisis situations, culture is always one of the most affected sectors. It is incredible how little importance it is given, because it is a sector that includes a lot of work,” says the opera singer. Mario Méndez, in an interview with Efe.

Just twelve days ago, this tenor, born in Las Palmas de Gran Canaria, presented at the Tenerife Opera the premiere of a new production “Lucrezia Borgia” along with the rest of his colleagues. Today, all his concerts until May have been canceled, and the Italian melodrama, to see the light, would not do so until the 2022-2023 season.

“After a month of rehearsals, and many months of study and preparation on our own, that this work does not materialize is very hard,” acknowledges Méndez.

The singer also stresses that the artists face a “very complicated” situation, since, at the work level, they are “totally helpless” and “full of uncertainty”.

“Full seasons are being canceled in theaters, and all workers are being suspended from employment and wages. The economic impact is going to be brutal,” says Mario Méndez.

The Canary Islands Music Industry Association (Aimca) has already warned that 26,000 culture jobs could be affected as a result of the Covid-19 crisis.

For this reason, the singer from Gran Canaria considers it absolutely essential that the Spanish government take an example from Germany and include the cultural sector as a basic necessity.

Méndez assures that his colleagues are “scared”, since many already have cancellations until May and June. “Currently I pay a rent of 900 euros for a 47-square-meter apartment in Madrid. How does an actor or a singer cope with those expenses if he doesn’t work?” He asks, concerned.

The Canarian tenor also criticizes the hypocrisy that he observes in institutions and even in society itself, since it seems that “they only value culture in times of crisis.”

For nine days, hundreds of singers and musicians have been trying to liven up the quarantine from their balconies, “and it seems very good to me, because culture and art motivate and give hope to people,” acknowledges Méndez, “but after the crisis , the culture must have the same importance and not a VAT of 21 percent “, he concludes.

For Méndez, it is time for the central executive to comply with one of the historical demands of the sector, its regularization. “We carry out a profession, study a career and do master’s degrees. The only difference is that we have neither aid nor scholarships,” he denounces.

Between 2013 and 2017, the Canarian tenor studied the Higher Degree in Music of Madrid in the specialty of interpretation; and a year later, he completed a Master’s degree in operatic performance in Valencia.

He has been on stage for more than seven years and, although his career has only just begun (he was born in 1993), he has already participated in several renowned projects, such as “Pinocchio” by Pierangelo Valtinoni, “The Magic Flute” by Mozart, “La Marchenera” by Federico Moreno Torroba, and “The sung life and death of General Malbrú” by Jacinto Valledor.

Despite his professional background, Méndez lacks a greater involvement of the Canary Islands theaters with the young artists of the archipelago. “Why don’t theaters launch initiatives like Ópera de Tenerife, which has Opera Studio, a youth program?” He asks.

According to the tenor, the Canary Islands Music Festival, the Pérez Galdós Theater and the Alfredo Kraus Foundation are some of the many entities that “perfectly” could develop programs for young talents. “The Teatro Real and the Teatro de la Zarzuela have them,” he adds.

“We need to create an effective sector and that the people who are in charge of cultural management love culture, because this is a profession of vocation,” says Mario Méndez.

In this sense, Méndez is infinitely “grateful” to Ópera de Tenerife, because despite the fact that “Lucrezia Borgia” had to be canceled four days before its premiere, the company decided to pay the entire cast for caches, performances and the passages back to their homes.

“They have always taken great care of us, as if we were family, but that day they gave us a lesson in generosity,” he points out.

Meanwhile, the future of the cultural sector will continue to be surrounded by uncertainty. The only certainty is that the Government will extend the state of alarm for another 15 days.

Will Mario Méndez also be encouraged to sing from his balcony? He admits that yes, that one day, he still does not know which one, he will go up to the roof of his building in Madrid and sing along with his parents “Sombra del Nublo”, the hymn of Gran Canaria. EFE

This meeting took place on April 2 at the Literary Cabinet of Las Palmas de Gran Canaria, with the main performance by Tenor Mario Méndez, accompanied on piano by Nauzet Mederos. The act is conducted by the components of the literary group “Letras y Sonidos”: Esteban Rodríguez, Ina Molina and Carmelo González (Izan), with the special participation of the dancer Javier del Real. Report made by Padron Video (Jose Luis García Padrón) and J. Margarita Otero Solloso.

Click on the link to listen to the radio interview. 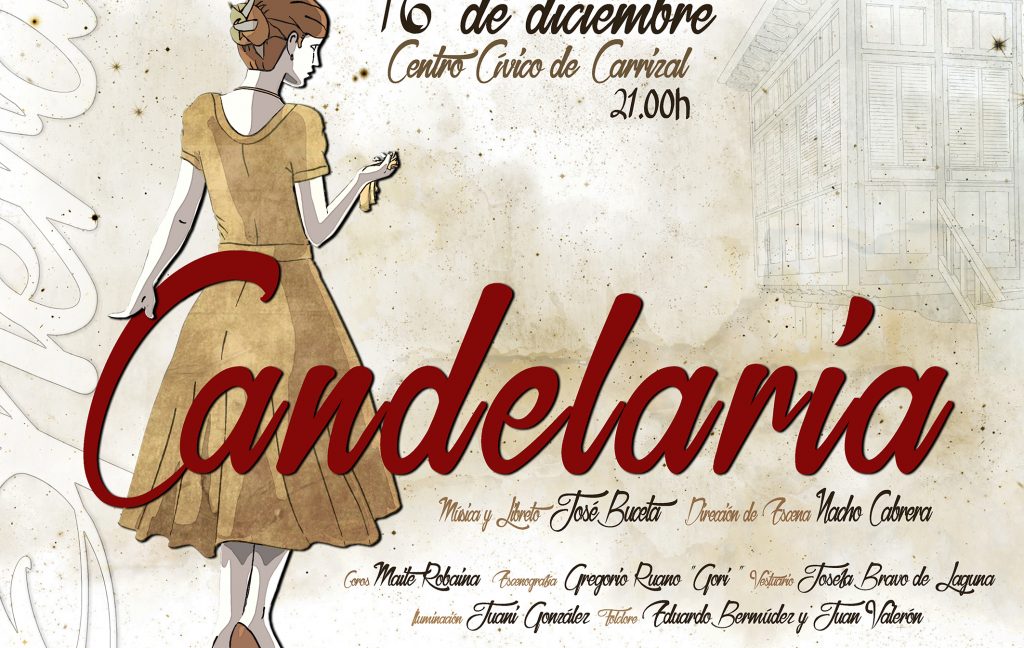 The Opera “Candelaria” received very good reviews and ovations, premiered last Friday, December 16, at the Carrizal Civic Center. With it, the end point has been set for the commemoration this year of the Bicentennial of the Ingenio Jurisdiction.

The venue was filled to the fullest to enjoy this great work in which more than 200 people have participated, with well-known faces from the municipality’s political, social, cultural and business fields being among the public.

The opera was set in the Plaza de El Puente from the 1960s, with a magnificent setting that recreated the houses and balconies in the area and a ditch through which the water flowed. A great classical symphony orchestra made up of around 30 musicians was interpreting original and high-quality songs composed by the director of the Villa de Ingenio Musical Society, José Buceta, marking music as the thread of history.

It was divided into six scenes in two acts, beginning with a “Choppy” Song to introduce the figure of the young single peasant Andrés, who, along with other peasants, receives the visit of landowner Don Andrés, who comes with his daughter Candelaria to check the works. With an Aria, an Isa Parrandera, the participation of a Choir of men and women, some Aires de Lima and the great duo at the end of the first act, the love story that arises between the protagonists is explained with the framework of a village party in the background, while the Aria is the predominant musical piece of the second act in which the father’s disapproval of this relationship and the tragic end are told.

It should be remembered that, in charge of the work, were the director and composer José Buceta, architect of the music and the libretto, and Nacho Cabrera in the stage direction, which received a huge ovation from the public at the end of the show. The protagonists, the soprano Tania Lorenzo, the tenor Mario Méndez, the bass Elu Arroyo and the actor Miguel Ángel Maciel also received applause and congratulations, in addition to each of the participants, including members of the municipality’s choirs who were directed by Maite Robaina; representatives of the folk groups of Ingenio, with Eduardo Bermúdez and Juan Valerón in front, boys and girls and other characters; Gregorio Ruano as responsible for the scenery and Josefa Bravo de Laguna, responsible for the costumes.

For all these groups and participating people, the Councilor for Culture of the Municipality of Ingenio, Rafael Caballero, had words of thanks. “The first objective that we set ourselves with this project, that it was a collective work, in common between all and all, has been achieved,” he said, showing himself “proud of what we are capable of doing together, which has been evident in this work of great quality in which our identity as a people has been highlighted. ” He expressed his satisfaction at the great reception of the public, which filled the venue. “Thus, another of the main objectives of the Department of Culture: to bring top-level artists to the municipality for the enjoyment of citizenship,” the mayor concluded.